Ecuadorian Citizenship & Naturalization: What You Need to Know

Ecuadorian Citizenship & Naturalization: What You Need to Know 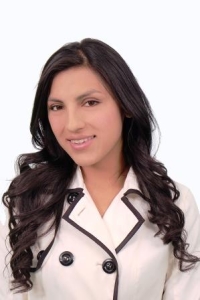 Following moving to Ecuador and obtaining one’s Residency Visa(s), in and of their first few years of life in our beautiful country, many an expat simply elects to remain as a permanent resident of Ecuador, and not jump through the next procedural hoop in sequence, which is of course to become an Ecuadorian citizen, who is then also able to obtain an Ecuadorian passport.

Very truly, it is no doubt permitted to just remain only as a Permanent Resident of Ecuador for the rest of one’s days here in Ecuador, because as you likely already know, Permanent Residency in Ecuador is generally valid for a lifetime, subject to one not leaving Ecuador for more than 180 days during either of one’s first two years as a Permanent Resident of Ecuador, nor leaving Ecuador for more than 5 years in a single trip thereafter one’s first two years of Permanent Residency are completed. That said though, and of important and generally happy/positive note for most Expats, per the current rules (beneficially revised rules) for applying to become an Ecuadorian Citizen, one absolutely now CAN apply to become a Citizen of Ecuador if he/she leaves Ecuador for up to a maximum of 180 days in EACH of their first three years (i.e. 540 days in TOTAL if in no individual year did one spend more than 180 days outside of Ecuador) since having officially received their Permanent Residency Visa stamp in their foreign issued passport.

Despite many rumors to the contrary, one IS IN FACT ALWAYS PERMITTED by the Citizenship Law in Ecuador, to have Dual Citizenship in Ecuador, regardless of what other country he/she is currently a citizen of, though one’s country of origin might have something to say about it. But really, as both the US and Canada have always been fully “thumps up” with respect to this issue for all of my clients, very truly its no issue at all for US citizens, Canadians and most other countrymen, in my experience. And so, it is to each his/her own, as per if or when he/she will later apply for Ecuadorian citizenship, once again following one’s first three years of permanent Ecuadorian residency, since citizenship is not able to be applied for prior to that time.

As one might be curious, the benefits of obtaining citizenship in Ecuador, begin with the fact that you become eligible to receive an Ecuadorian Passport (provided you comply with the then easy to fulfill Ecuadorian passport requirements). In this way of how to get an Ecuadorian Passport, that then, in turn, permits you to be able to travel to ANY OTHER COUNTRY in South America only, without your other country of origin’s passport that you would otherwise need if/when only remaining a resident of Ecuador. This is very convenient, because in such case you no longer have any need for a Visa to visit any other country in South America if you have your Ecuadorian passport (or just Ecuadorian Cedula at that point, which would also show you are a citizen of Ecuador). Plus, each time that you would have otherwise needed to transfer your permanent residency visa to your new passport as a resident of Ecuador, you in turn as an Ecuadorian citizen would no longer need to provide or show your qualification for permanent residency (whether your prior residency visa had originally been obtained via investment, pension, university degree or through marriage/birth). And of course, if by chance for your permanent residency Visa qualification, you had happened to have selected an investor visa in an Ecuadorian bank CD or Ecuadorian real estate property, once you are an Ecuadorian Citizen, you are automatically permitted to liquidate or sell that such asset and spend it as you wish. One small drawback of becoming an Ecuadorian citizen is that you MUST vote in every national election of Ecuador. Technically you can still SKIP voting in Ecuadorian elections if you really want to, as the remedy at law is simply that you be subject to paying a small fine (i.e. between $50-100) in the case that you fail to vote for one or more candidates running for office in Ecuador in any given year of a national election in Ecuador (AND ACTUALLY “SENIORS” DON’T HAVE TO VOTE IN ECUADORIAN ELECTIONS ANYWAYS, THUS THERE’S NO FINE WHATSOEVER FOR THOSE WHO HAVE AGE 65+ THAT CHOOSE NOT TO VOTE IN ANY/ALL ELECTIONS).

And so now, here are the current documents requirements necessary to apply for citizenship in Ecuador — naturally, any documents requirements/processes are subject to change or modification by the Ecuadorian Government/Immigration Ministry at any time, and must be promptly complied with by the applicant if/when so: